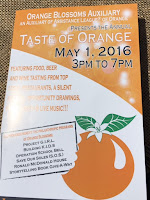 Attended the Taste of Orange today for the first time and not sure what I was expecting but was pleasantly surprised by what a GREAT event it was!

It's not the biggest food festival I've ever been to but it was really well put on and there was plenty of choices including quite a few places I've never tried before! IMHO that's half the fun of attending events like this - is finding a new place to visit or a place you never knew existed that's right around the corner...hence, the 'taste' part of it right? ;) 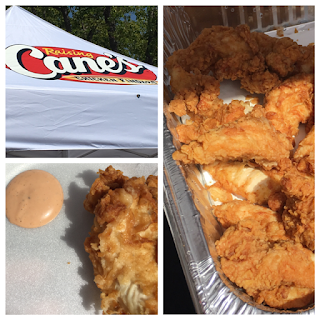 One of my fav items was Raising Cane's chicken fingers. Yes, I know it's technically 'fast food' but keep in mind all they serve here is chicken fingers so they must be doing something right, right? ;) Infamous in other parts of the country, they only recently opened in Orange and I haven't had a chance to stop by and try 'em. After trying them here, I'm king of regretting that decision! Raising Cane's chicken fingers were made with plump moist chicken breast and coated with a flavorful yet not too thick breading. My friend & I both agreed it was one of our fav new things we tried!


Another favorite was the opening-tomorrow (May 2nd!) Pie Hole! I will admit I am very biased here as I am a HUGE fan of the original Pie Hole in downtown LA so this was half the reason I wanted to attend the Taste of Orange. Needless to say, I was NOT disappointed! I actually got very lucky as one of their tastes was my favorite Mexican Hot Chocolate pie- this one is a doozy folks and a MUST try if you pop by there once they open. I spent some time talking to the owners' daughter and she informed me that even though they are a franchisee they learned everything from the original LA owners and the recipes/menu are true to form! 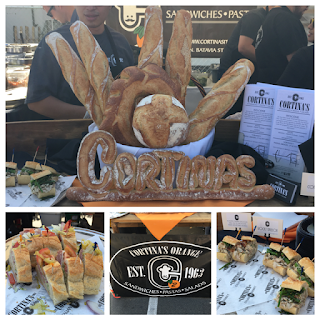 We also really enjoyed Cortina's Sandwiches...really tasty and creative combinations!
Never tried them before so this was also a new find for me! 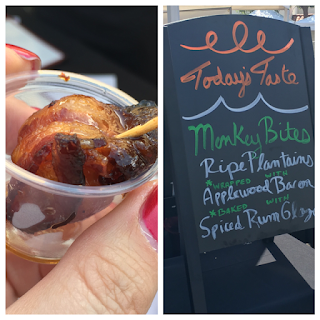 Jason's by the Circle was sorta new one to try for me, as I had tried them before at their original location in downtown Santa Ana. They had these fabulous monkey bites and it reminded me of how much I really liked their food. I definitely need to head here for dinner sometime soon! They also have some great Happy Hour specials every day from 5 to 7pm and very generous sounding Taco Tuesday specials (3 tacos for $5)! 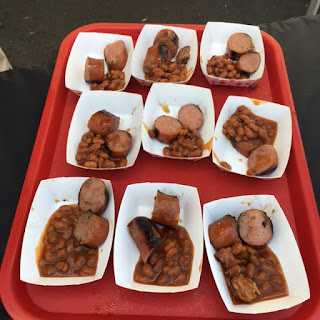 Smokey Fred's BBQ had these UBER tasty polska kielbasa sausages, served with their smokey beans. I ate every bite of these! Never heard of them and looked 'em up a bit when I got home - wasn't entirely surprised to see that they were voted one of the Best BBQ in OC by CBS-LA! I will definitely be visiting them in the near future!


Another new discovery at the Taste was Rekindle Caffe, which I discovered just opened 5 weeks ago near the intersection of Tustin and Walnut. They had some amazing coffee and some VERY tasty baked goods! We got to chat a bit with Nick, one of the owners and he seemed really passionate about this new coffee shop! I looked 'em up on yelp and they have some great reviews and pics of their food! 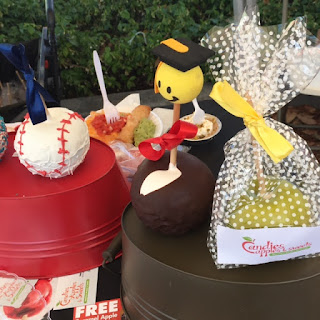 Also at the Taste was Candie's Apples & Sweets -- which used to be Rocky Mountain Chocolate Factory. Apparently, it's the same owners but they decided to go independent. They had lots of samples of their yummy apples and informed me that prices and quality remain the same. Glad to hear as I am a big fan of those rocky road apples! ;) 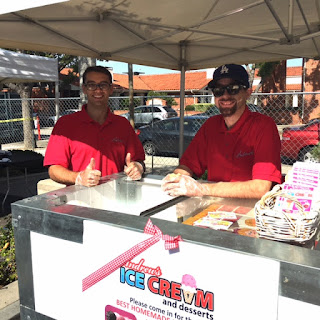 Another new find was Andrew's Handmade Ice Cream which apparently has been in Orange for about two years.  We got to talk with the owners' sons who told all about the unique flavors and the other desserts they offer. I have to say the ice cream was some of the best I've tried in a long time - super creamy and spot on flavor-wise!

All in all I was really pleased at how many new places I discovered at the Taste of Orange! My friend & I had a great time eating, drinking, checking out the silent auction and listening to the fun band that was playing. If you live in or near Orange I highly recommend you attend this event next year -- after all it's for a good cause and it's always fun to find new local places to eat & drink!
Posted by OCFoodieGirl at 9:48 PM