There's a NEW restaurant at the Anaheim Packing District! 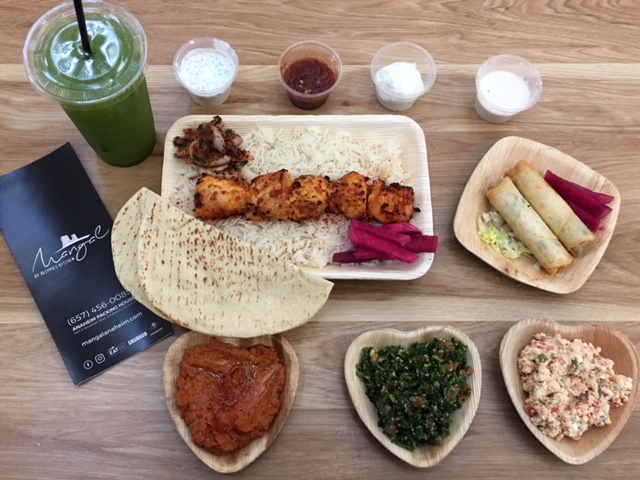 Have you tried the new Mangal yet? If not, you don't know what you're missing!
Bringing traditional Syrian food to Orange County, Mangal will pleasantly surprise you with every bite!

Like most people, I hadn't tried Syrian food before but was very curious to see how it compared to other middle eastern food I've tried before.  Aleppo's Kitchen, the older sister of Mangal, was originally established by a refugee family who brought with them the traditional Syrian way of cooking using quality ingredients imported from the middle east. They've since gone on to garner a reputation for authentic delicious food and were named one of the best places to eat in Anaheim by Food & Wine Magazine, as well as several other accolades. 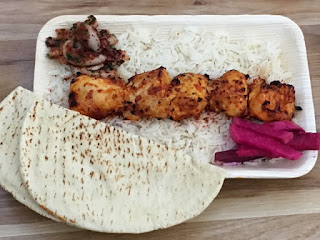 One thing that stood out to me about Mangal is how much Mangal focuses on authenticity, even so much so that the dishes retain their traditional names. Yes, I know that makes it a tad hard to know what everything is but they are excited to explain the dishes to you, not to mention it really emphasizes how special and authentic the experience at Mangal is. They also focus on absolute freshness and source all ingredients fresh. They refuse to use anything out of a can and work with local halal butchers to ensure the highest quality proteins.

The new location run by Derick, a family friend who met the family while he was working as a reporter in Afghanistan, is a well oiled machine that handles a crowd amazing well in the crazy busy environment that is the Anaheim Packing District.  I was also impressed by the fact that they make an effort to hire Syrian refugees, sympathizing with the difficulties of getting established in a new country.

On my visit, I sampled a wide variety of dishes and while everything was delicious and fresh tasting I was most impressed by the unique and flavorful side dishes. 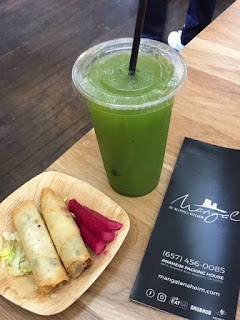 Another one of my favorites items is the cheese borak which are basically little cheese cigars - fried perfectly crisp with ooey goeey melted cheese inside! Mozzarella sticks better watch out as cheese boraks may be taking over in the near future! ;)


The plates come with your choice of protein including chicken, beef, or kibbeh ( a mix of beef and cracked wheat) and two sides so you'll definitely want to try something unique! Although for those not quite as adventurous, they also offer more common traditional middle eastern sides like stuffed grape leaves, tabboulhi and hummus  - all of which are equally fantastic. The sides are quite numerous so there's something for everyone at Mangal!

Also, be sure not to skip dessert as they offer some very unique Syrian desserts including the fabulous kanafeh which is a cheese and puff pastry dessert with honey and pistachios. It's the perfect complement to any meal as it's not overly sugary yet very satisfying with the ideal mix of savory and sweet.

If you like middle eastern food and/or you're curious about Syrian food, I HIGHLY recommend you try Mangal - you won't be disappointed!  Note: they offer quite a few vegetarian options too.

Mangal is located at 440 S. Anaheim Blvd, on the second floor of the Anaheim Packing District. If you don't want to brave the crowds at the Packing district they also offer delivery through Doordash, GrubHub and Postmates. :) 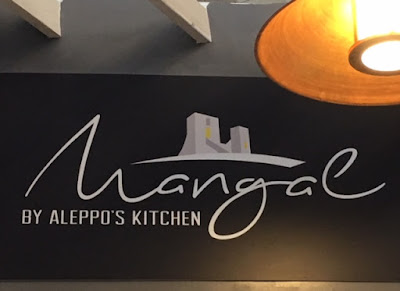 Posted by OCFoodieGirl at 7:58 PM