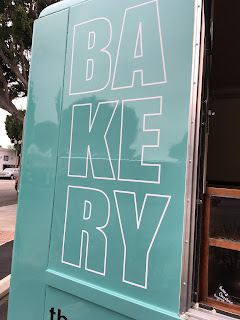 So I had been trying to get to the Rye Truck for a few months before I was actually able to get there... admittedly, their hours are pretty limited. They are only open three days a week for a total of 7 hours total but trust me, make a point of getting there during one of those precious hours cuz it's well worth the effort!

The first thing that caught my eye upon arriving at the truck were the cinnamon rolls - speckled with cinnamon and slathered with a thick mound of frosting. Just their appearance made it impossible for me to refuse one of these bad boys! 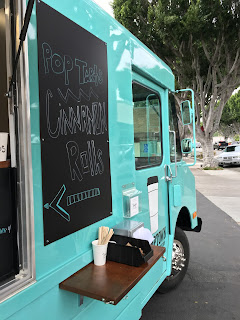 The other thing I couldn't resist were the pop tarts. Holy cow... I've had a few gourmet poptarts in my day including some infamous ones like the one at the Nickel Diner in downtown LA but I have to say this is the BEST poptart I've ever tried! It was perfectly flaky and filled with this wonderful homemade berry compote and topped with this sweet, but not too sweet, frosting sprinkled with crispy cereal. 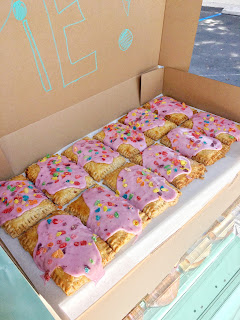 They also had several other baked goods that looked very tempting but I couldn't quite justify ordering one of everything, although I wish I had but some of the other items that were hard to resist included the see salt chocolate brioche bun and the blueberry lime muffins. I've also heard they have amazing banana bread and bacon scones but they were sold out of these when I visited - gives me something to aspire for next time I visit! ;) 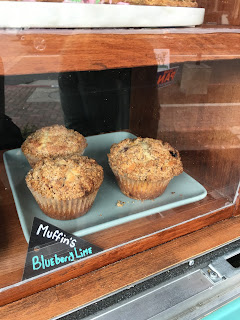 They also serve the infamous Portland Stumptown Coffee.  Their hours are Tuesday & Friday 8-10am and Sunday 9-noon. The truck is parked during these times in the parking lots of Mrs. B's Consignment Store, on the corner of Main Street and El Camino Real,
Posted by OCFoodieGirl at 12:57 PM